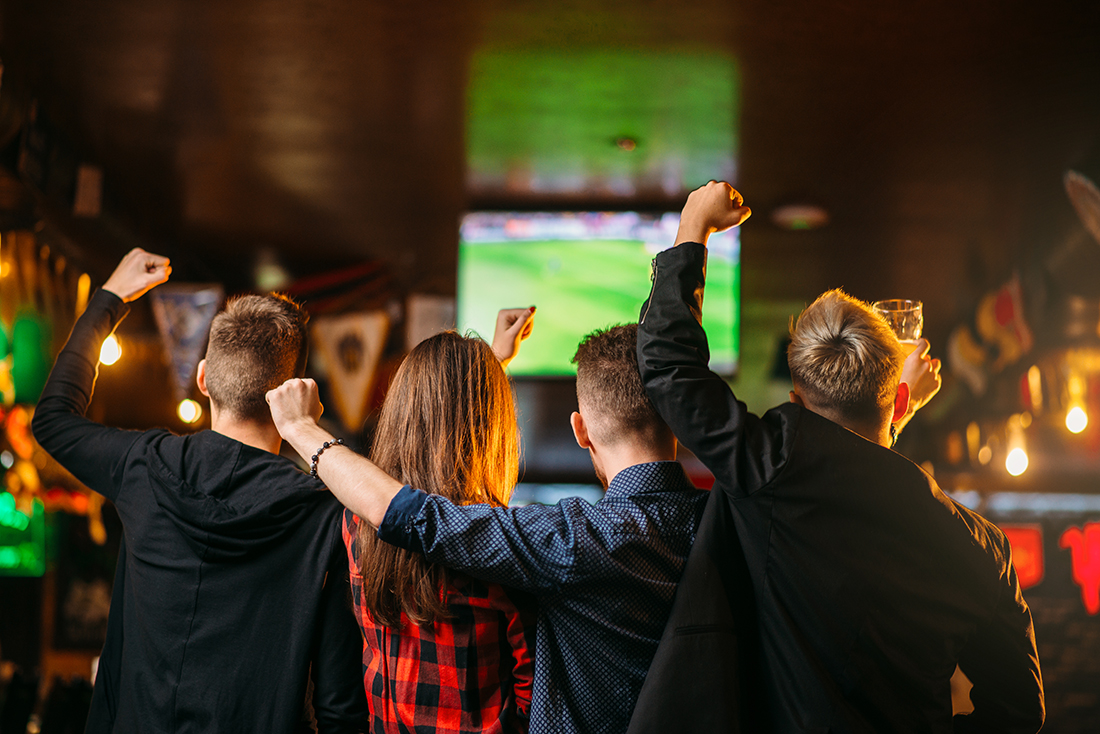 The sports world is full of thrills, excitement, anticipation, and even disappointment at times. Everyone has their favorite team, and that can stir many emotions throughout the year. There are some events that fans across the US start a countdown for immediately after the final buzzer sounds. Whether you are cheering at a basketball tournament, yelling from the stands in a football game, or quietly clapping in the crowd of a golf tournament, you are anticipating a great game. Today, Rocky Mount Event Center lists the top five sporting events in the US people can’t wait for each year.

Golf is known as one of the hardest sports to play because it is so difficult to perfect each aspect of your game. It takes countless hours of practice just to learn how to strike the ball accurately! The Masters in Augusta is the most popular sporting event in the golf industry each year, drawing 10s-of-millions of viewers for each round of play. This year, as Tiger Woods won his first major title in 11 years, more than 18.3 million people watched him make his final putt on hole 18.

The National Basketball Association has one of the largest followings in all of the sports world, bringing in over $8 billion in revenue last year alone. It’s no surprise that the NBA Finals is one of the most anticipated events during the year. In the 2019 NBA Championship, during game 7 of the Toronto Raptors and Golden State Warriors showdown, more than 18.34 million people were tuned in to see the results. The NBA playoffs, in general, is highly anticipated throughout the year, as dedicated fans hope to see their team in the finals.

When you have an entire month dedicated to your sport, it is evident that it is one of the most anticipated sporting events of the year. The NCAA’s March Madness Final Four games are some of the most intense and exciting games in sports. In 2019, more than 17.2 million brackets were submitted to ESPN with 1-in-9.2 quintillion odds of a perfect bracket! More than 19.23 million people watched the championship game between Virginia and Texas Tech this year alone.

The NCAA College Football Playoff Championship causes fans to gather and rivalries to intensify. The FBS is one of the most competitive playing fields in all of sports, with 130 collegiate football teams and ten separate conferences. The goal that’s anticipated by both fans and players alike is making it to the Playoff Championship. In 2019, more than 25.2 million people watched Clemson blow Alabama out of the water to earn their 3rd title.

Unsurprisingly, the Super Bowl is the most anticipated sporting event in the US. This game is prime time for intense football, great music, and quality commercials. These attributes, along with many more, are why more than 98.2 million viewers tuned in to watch Super Bowl LIII. With more than 115 million people claiming to be NFL fans in the US alone, each game is anticipated heavily.

Anticipate Your Next Sporting Event at Rocky Mount Event Center

If you are looking for a high-quality facility with all the amenities to accommodate your fans, check out Rocky Mount Event Center. This is the perfect place for basketball tournaments, trade shows, concerts, and much more! Your fans will anticipate seeing your sporting event for months ahead of the big day. For more information, contact us today and learn about our awesome facilities.