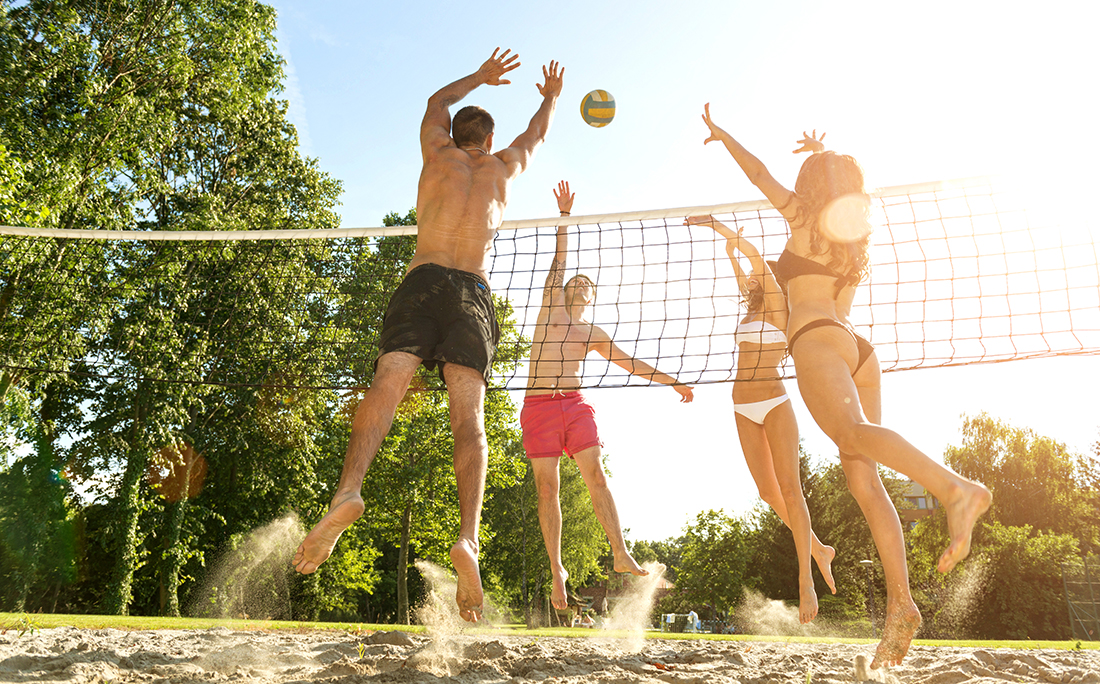 The most obvious difference between the two sports is the playing surface. An indoor volleyball court is much harder than an outdoor sand court. The hardness of the surface enables the players to jump higher, and it’s also easier to maneuver. Playing indoors also eliminates any worry of weather or windy play! However, sand volleyball gives players a greater ability for digs and dives since the sand is much softer than the hardwood.

One of the biggest differences between the two sports is the scoring system. Indoor volleyball matches consist of five sets, each going to 25 points. In order to win the match, you must win three of the five sets. In sand volleyball, they play best-of-three games trying to reach 21 points first. One of the only similarities between the two scoring systems is that each set must always be won by two points.

Indoor volleyball is played with larger teams, which makes covering the court much easier. This sport is played with six players on each side, each player holding a separate position. It can get confusing as the players are constantly switching and rotating throughout the game. Sand volleyball is typically played in doubles, without set positions. Because the players are required to cover such a large area and are still limited to three hits per side, it requires great endurance. Sand volleyball greatly relies on teamwork and communication to score points successfully.