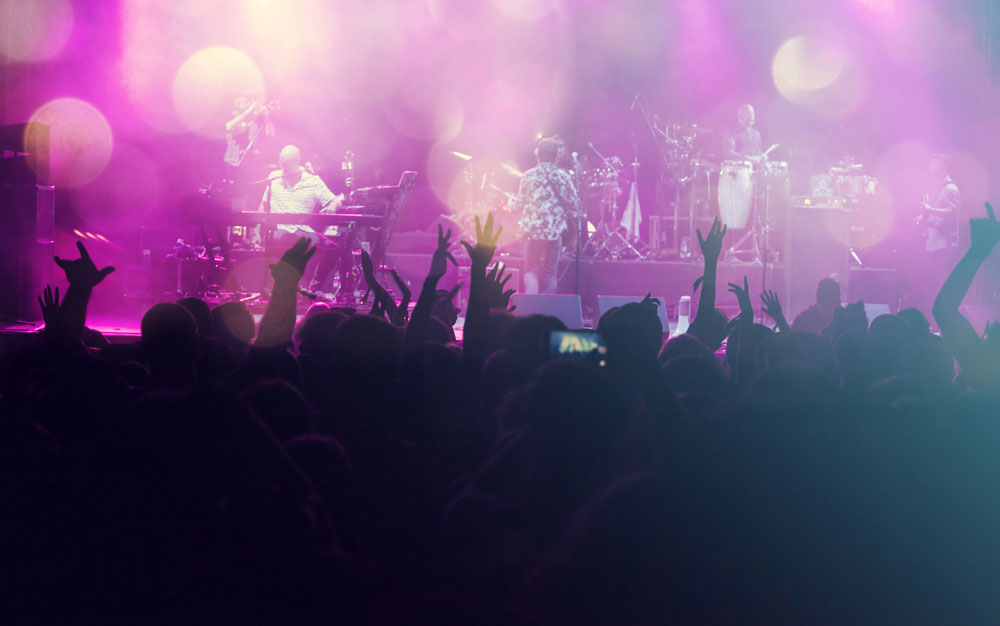 4 of the Most Iconic Concerts of All Time

Seeing your favorite artist in concert is a sensational experience for any music fan. While many concerts can be considered incredible by the people who attended them, few concerts reach iconic status. Today, the Rocky Mount Event Center has gathered four such concerts — and tours, if a specific performance couldn’t be identified — that made such an achievement. The mentioned concerts are in no particular order. Like any list of this nature, this list is by no means objective. These are just a few of the amazing concerts that have happened across the US and across the world in the last several decades.

On August 15, 1965, the Beatles performed in front of over 55,000 screaming fans. The Fab Four performed some of their biggest hits of the time, including “Can’t Buy Me Love”, “A Hard Day’s Night”, and “I Feel Fine”. This concert has gone down in history as the first major stadium concert and a prime example of how crazy Beatlemania truly was.

A list of iconic concerts would not be complete without a mention of Woodstock. Woodstock was a music and art festival in 1969 that attracted over 400,000 attendees. 32 acts performed over the three day event, including Jimi Hendrix, Santana, Creedence Clearwater Revival, Sly and the Family Stone, and the Grateful Dead. Part of what made this festival so memorable was the incredible influx of people. The organizers claimed to only expect 50,000 people to attend. The resulting crowd was eight times larger than that initial expectation.

Without a doubt, Beyoncé is one of the most influential artists of the current generation. Her seventh concert tour in the summer of 2016, the Formation Tour, is regarded by many to be one of her most impressive tours. Selling out all 49 performances, concertgoers enjoyed music from her recently released album “Lemonade”, as well as previously released hits. Beyoncé used the platform to raise money for a few different causes, and according to reports, the Formation Tour raised over $80,000 for the Flint Water Crisis.

Bob Dylan is known by most as a folk musician and singer — which is why his performance at the Newport Folk Festival in 1965 caused such an uproar when he forewent his traditional acoustic accompaniment and went electric. This decision annoyed and upset many folk music “purists” who were there to listen to the Dylan sound they already knew. The crowd was so upset that Dylan eventually hunted down an acoustic guitar to finish off the night with “It’s All Over Now, Baby Blue…” Regardless of where history stands on the acoustic vs. electric debate, no one can doubt that that decision cemented Dylan’s performance at the Newport Folk Festival as one for the history books.