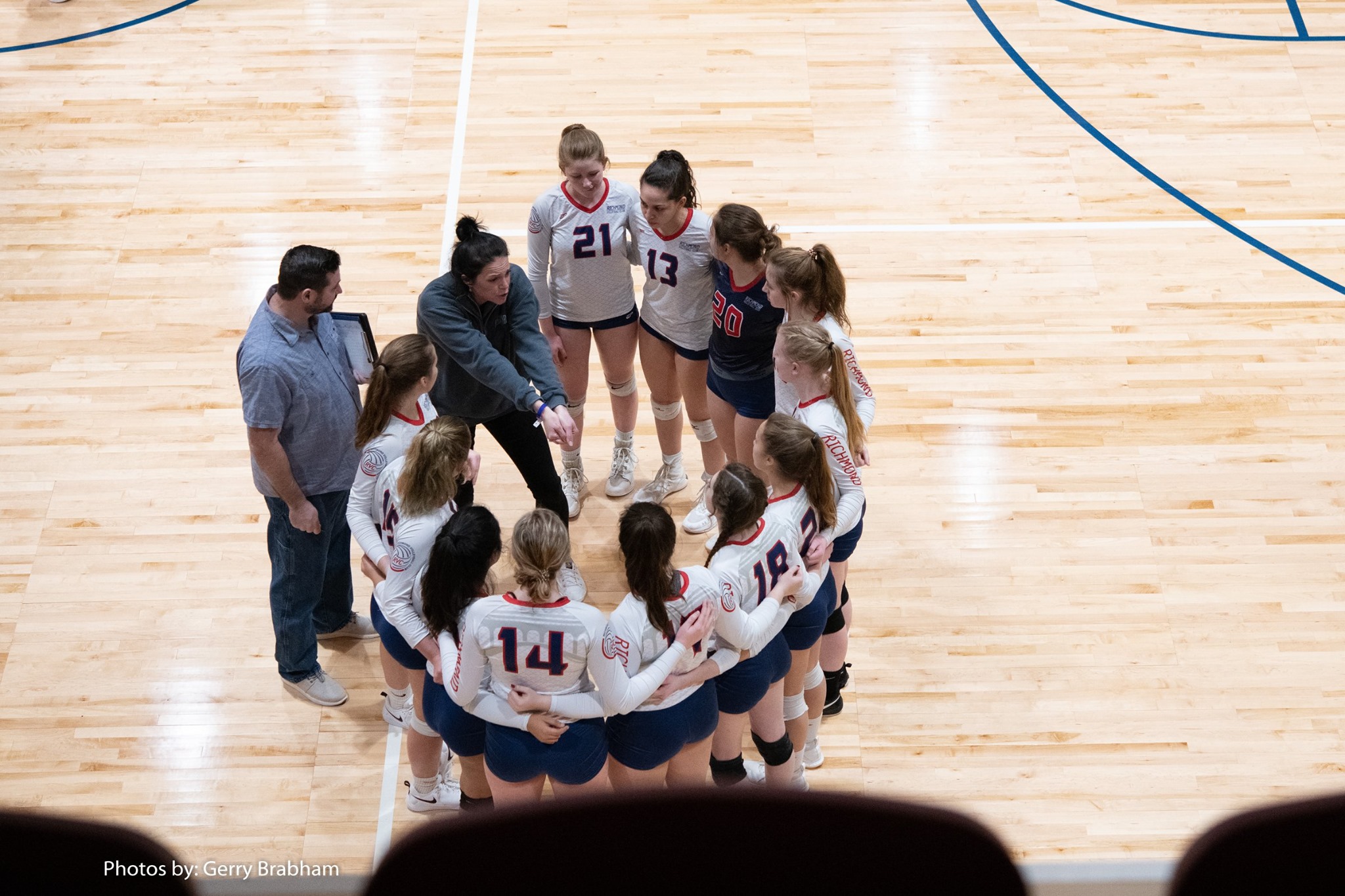 Related Post: Drills You Can Do at Home Without a Volleyball Court

Call “Mine” Even When It’s Obvious

Beginning volleyball players are always told to yell “mine” when they can make a play on the ball. On a full-sized volleyball court, the play can get hectic and fast-paced with so much going on at once. When the ball is coming your way, call “mine” even when it’s obvious. As you get better at your volleyball skills, calling mine becomes an essential part of your in-game communications.

Play Until You’re Sure the Rally Is Over

Tournaments are loud. You might hear fans cheering from one court over. There are whistles coming from every direction. Make sure to play until you’re 100% certain the rally is over. The referee might blow the whistle a second time. Your coach could call out to you to say the play is over. Don’t catch the ball during play, because you might inadvertently end the rally when it’s really not over yet.

Try to Use All Three Hits

You have three hits to get the ball over to the other side. The goal here is to maximize your scoring opportunity. Yes, there are some situations where scoring on the second hit is valuable. However, spiking the ball offers the best way to score in volleyball. Using all three hits per play lets your team practice the correct way to accomplish this on a full-sized volleyball court.

Let Your Setter Have the Second Hit

A typical volleyball play goes pass-set-spike. The set portion of that play should go to your setter, who is typically the most mobile and agile player on your team. Let your setter have the second hit unless he or she calls for help. You may have a busted play, but having someone set the ball is better than letting the ball hit the floor. A full-sized volleyball court allows for plenty of room for player movement.