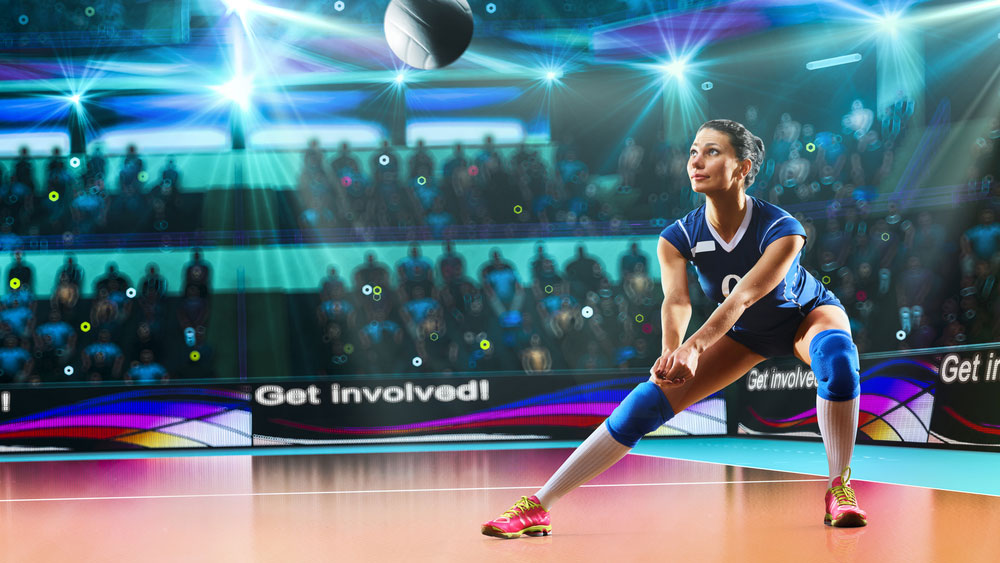 Volleyball is fast-paced and dynamic. Watching a game of volleyball can be exciting, but you may be wondering what positions they’re playing on the volleyball court. Unlike football and basketball, people may not be as familiar with the various positions in volleyball. Today in the Rocky Mount Event Center blog, we’ll explain the names of each position and what their responsibilities are.

Positions on the Volleyball Court

The setter could be considered the leader on the volleyball court. They control the flow of the offense and run the plays. Their primary job is to set up the ball for an attacker. Typically, they’ll get the second touch on the ball. A setter needs to be accurate and have good control.

These are your best blockers on the volleyball court. A middle blocker needs to be able to stop the opponent’s middle outside and right side hitters. Their ability to block is the main asset of their game.

The outside hitter is in charge of hitting and blocking on the left side of the volleyball court. Your outside hitter needs to be a good all-around player, serving many roles on both offense and defense.

The opposite hitter will play the side of the volleyball court opposite of the outside hitter. This position serves the same role, just on the right side of the court. Again, they need to be both proficient in offensive and defensive skills in order to succeed.

The libero is a specialty position that plays in the backcourt. They wear a different jersey and are allowed to enter and exit the game without having to request a substitution. A libero is primarily responsible for passing and defense.

Occasionally, a team will also have a defensive specialist. They serve relatively the same role as the libero, but they have to follow the typical substitution procedures.

The serving specialist is brought in solely to serve. This player usually has a particularly difficult serve to return, and they’ll be used to replace players that have a less difficult serve.

Related Post: Preparing Your Youth Athlete for a Volleyball Tournament

If you’re looking for a place to hold your volleyball tournaments, choose Rocky Mount Event Center. With 16 volleyball courts, we have more than enough to accommodate your next tournament. We’ll be opening our doors in Fall 2018, but you can contact us today for more information about holding your future tournaments here. A staff member will be happy to help and answer any questions you may have.