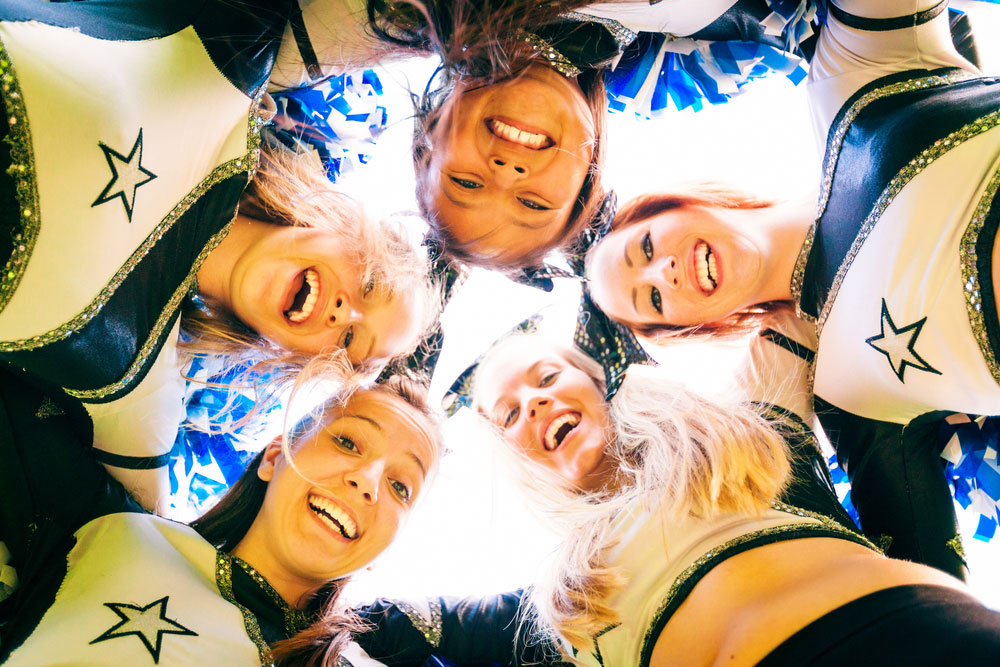 Cheerleading was once considered a sideline activity at sporting events. Now, cheerleading is a billion dollar industry around the world. At Rocky Mount Event Center we take cheer very seriously. Our huge 75,000 square feet of uninterrupted playing space is the perfect arena for competitive cheer and dance. Rocky Mount Event Center can accommodate cheer and dance events large and small.

Because we take cheer so seriously here, we were wondering, how much does the average person really know about cheerleading? Today, we are going to take a closer look at this great sport, and give you some fun facts that you may not know.

It All Started With Men

It all started with British men, to be exact. In Great Britain, cheerleading dates back to the 1860s. It would not be until 1894 that it began to catch on here when the all-male pep club at Princeton started cheering for their football players. Women didn’t begin to get in on the cheerleading action until nearly 40 years later.

Cheerleading is hard work that requires a great deal of talent and devotion. It takes so much talent, in fact, that four cheerleaders have made it to the White House. Cheerleaders in Chief are:

The University of Minnesota allowed women to join their cheerleading squad in 1923. They remained one of the very few programs allowing women until the 1940s.

Holding the current entry in the Guinness Book of World Records, the largest cheer pyramid had 60 people creating one giant pyramid. The pyramid was built in New Zealand in August of 2017.

Pom-Poms Started as a Decoration

In the beginning pom-poms were used as a decoration for cheerleaders and made of paper. Usable pom-poms with a hidden handle were designed and manufactured in 1953. Pom-poms were improved upon again in 1965

Rocky Mount Event Center is Your Place to Cheer

No matter the size of your cheer or dance competition, Rocky Mount Event Center can accommodate. We have room for over 4,000 spectators, so even the biggest competitions can be held at our world-class facility. Contact us today about becoming your cheer destination.